The guitar is and instrument that was created by a German immigrant to the United States, named Christian Frederick Martin. He was born on January 31, 1796, and he died on February 16, 1873. He invented the guitar in the 1930s.

A guitar is an instrument that has 6 strings, and when you strum it, the sound vibrates into the inside of the guitar to make noise. The string on the top is called an “E” string. Going down is the “A” string, then the “D” string, then the “G” string, the “B” string, and the last string is the “E” string again at a higher pitch. 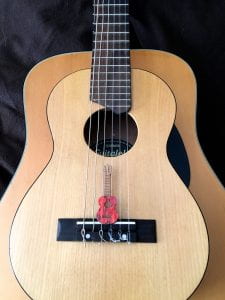 That is just a little bit about the guitar!

Leave comments below on what you think! You can comment any questions you have about the guitar.